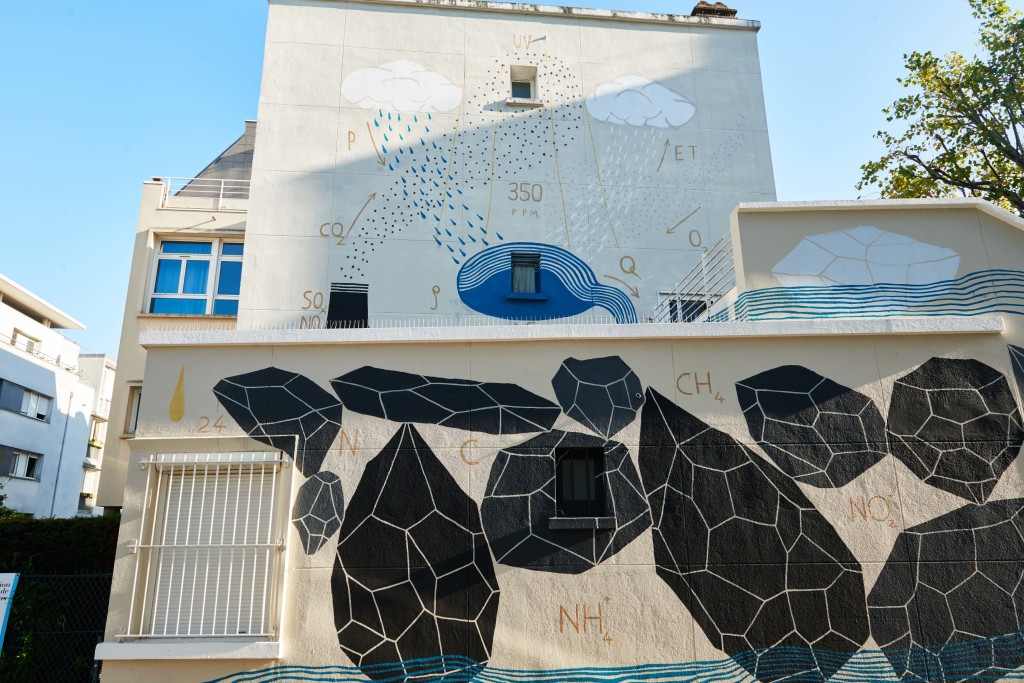 The Italian artist Andreco has just launched CLIMATE 01, an itinerant and international public art project about climate changes, their causes and their impacts.

As the starting point of this journey, Paris is the scene of a two-acts creation. One stage of this project is the creation of a wall painting that represent the water and CO2 cycles. This mural is featured on the façade of Richomme Primary School, in the 18th district, in the very heart of the historical and multiethnic neighborhood known as “La Goutte d’Or” (The Golden Drop).

It’s not a case that a project that took inspiration from the effect of the climate change on the environment start in Paris at less than one month from the beginning of the Cop 21 forum.

Climate scientists have documented that global warming is happening and that fossil fuel emissions are the primary cause. A wealth of scientific evidence shows that the above impacts are primarily the result of increased levels of heat-trapping carbon dioxide in the atmosphere—carbon that can be traced back to the fuels (coal, oil, and natural gas) that fossil fuel companies have extracted and brought to market.

Andreco’s mural means to represent his own symbolic and schematic interpretation of global warming’s main consequences, such as the rising of the sea level, longer wildfire seasons, heavier precipitations and flooding, the intensification of heat waves. The artist gave also a class to the pupils, in which he explained his work and talked about the climate changes that are currently affecting communities, people and businesses.

The project has been produced by GFR with the patronage of 18e Mairie de Paris and the Mairie De Paris. 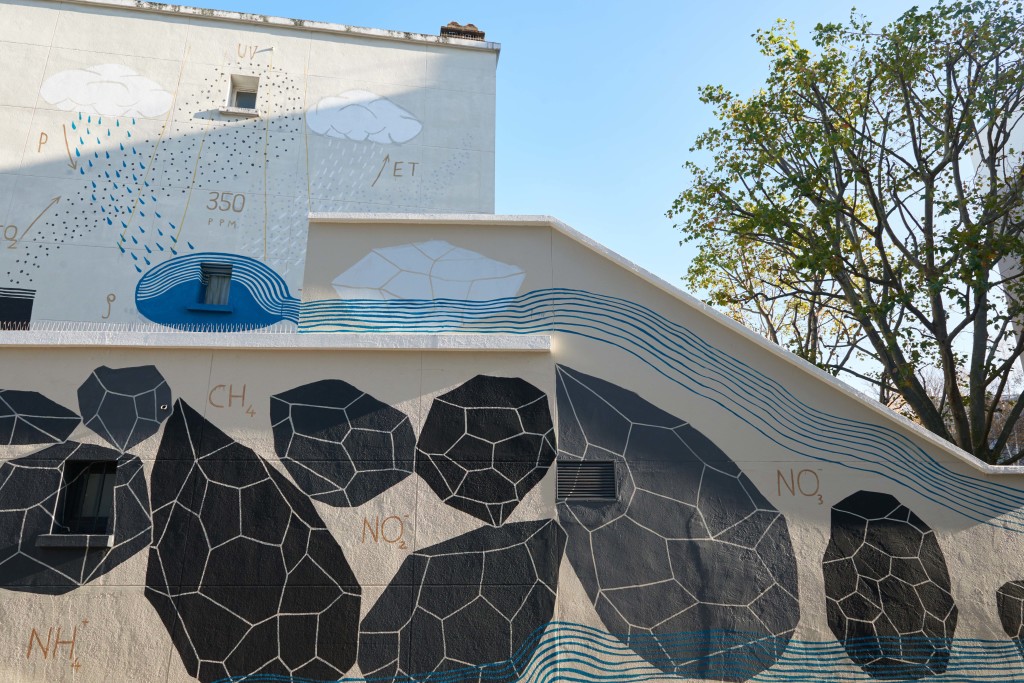 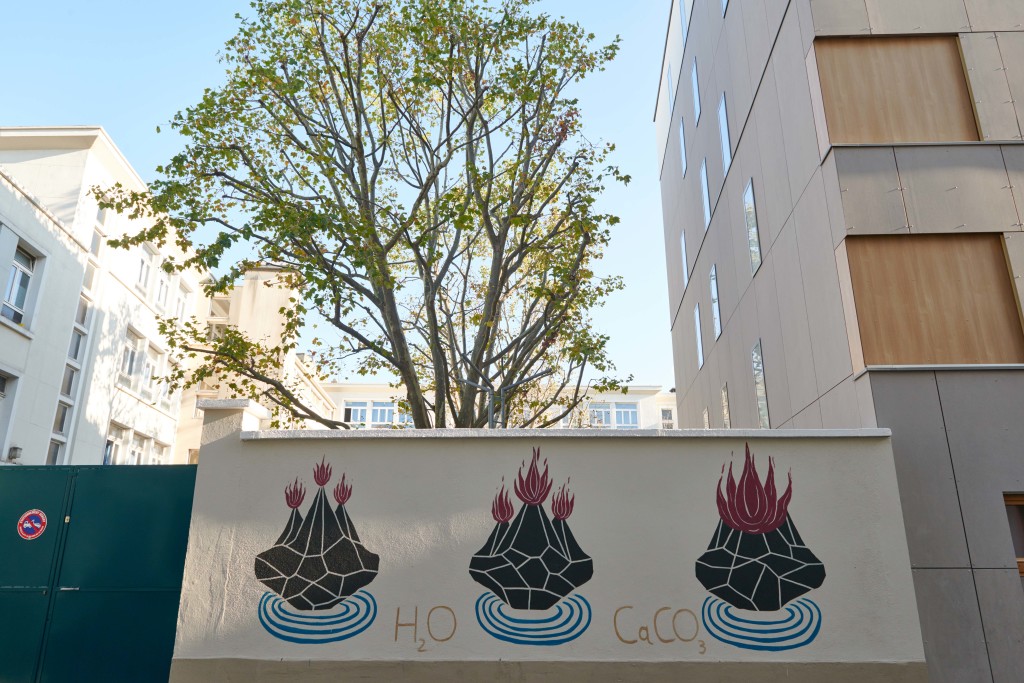 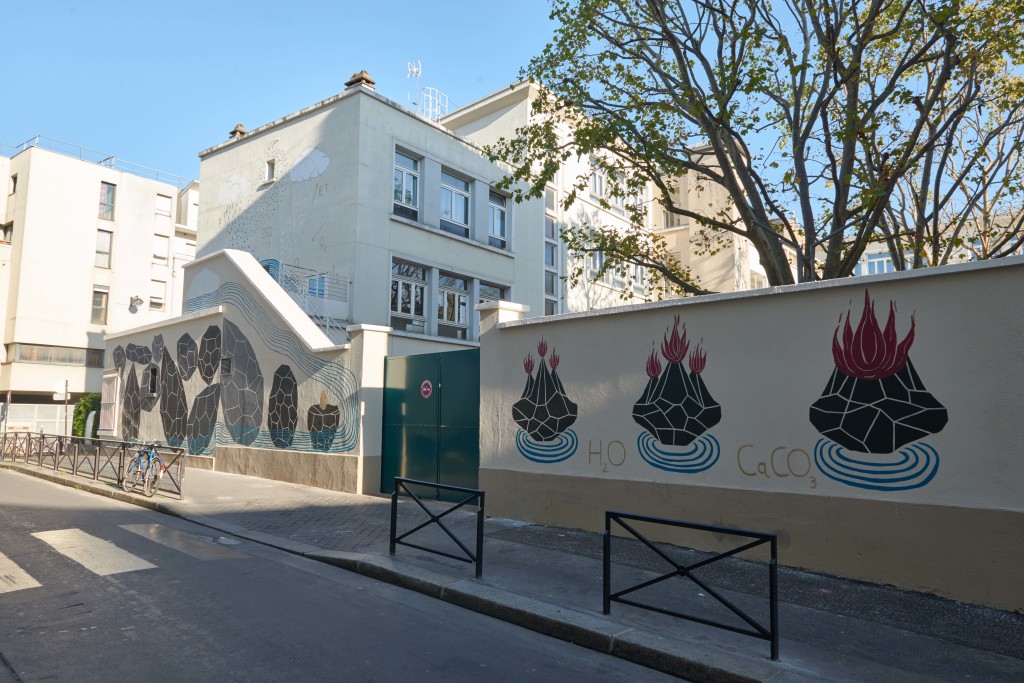 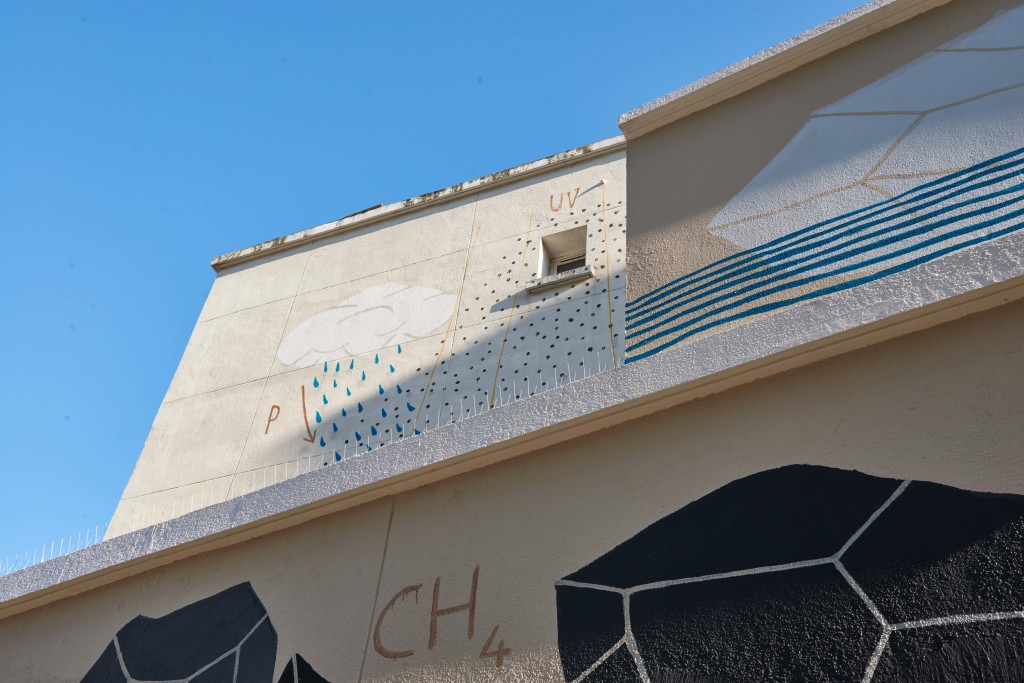 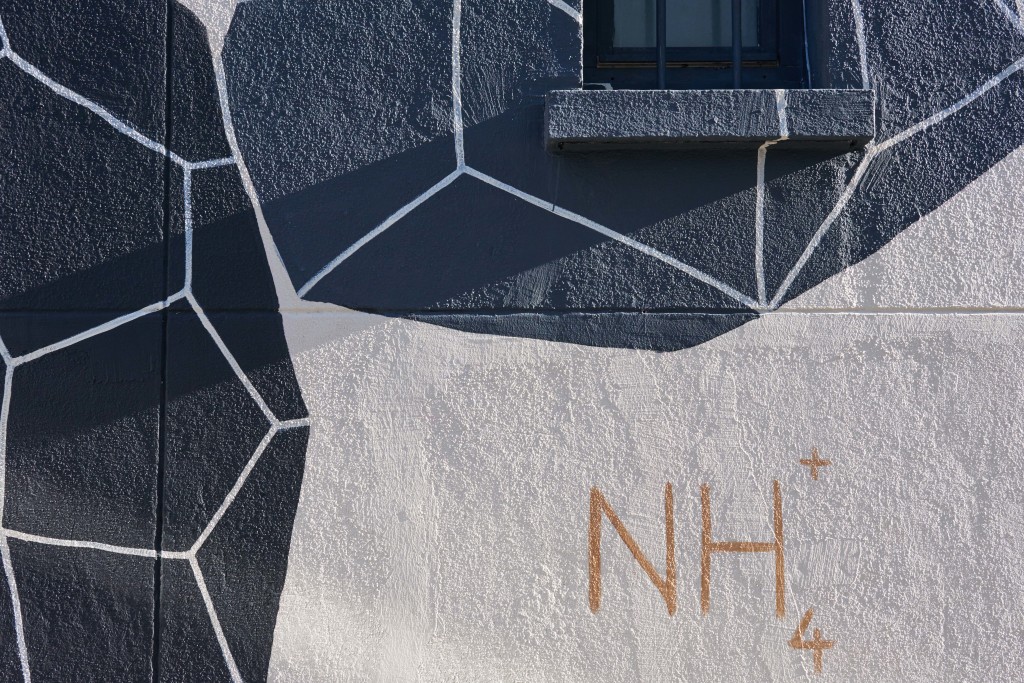 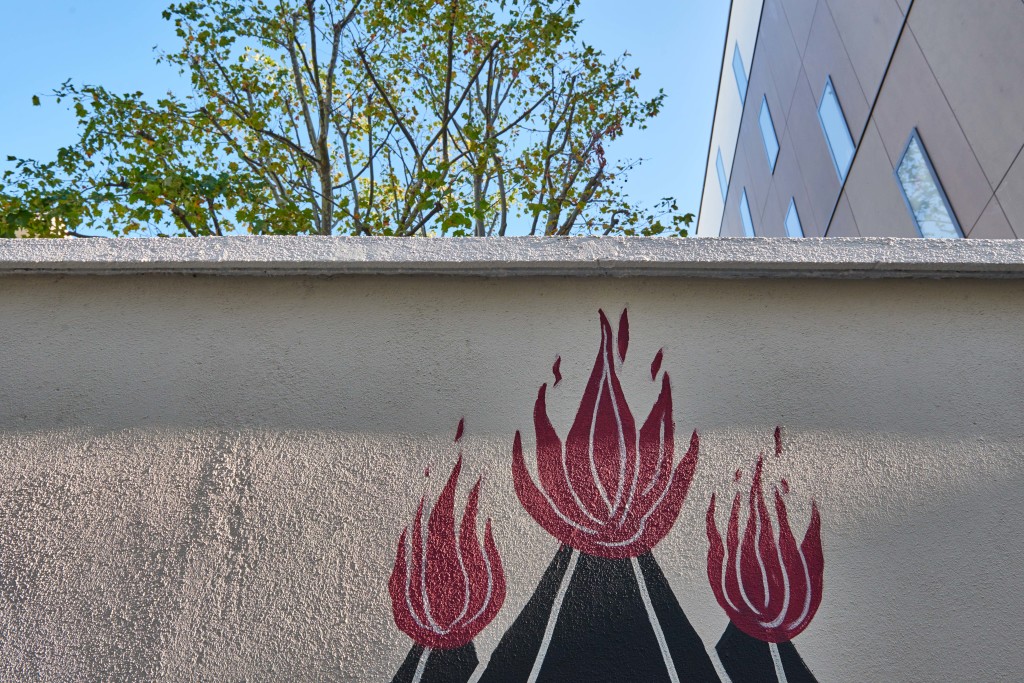 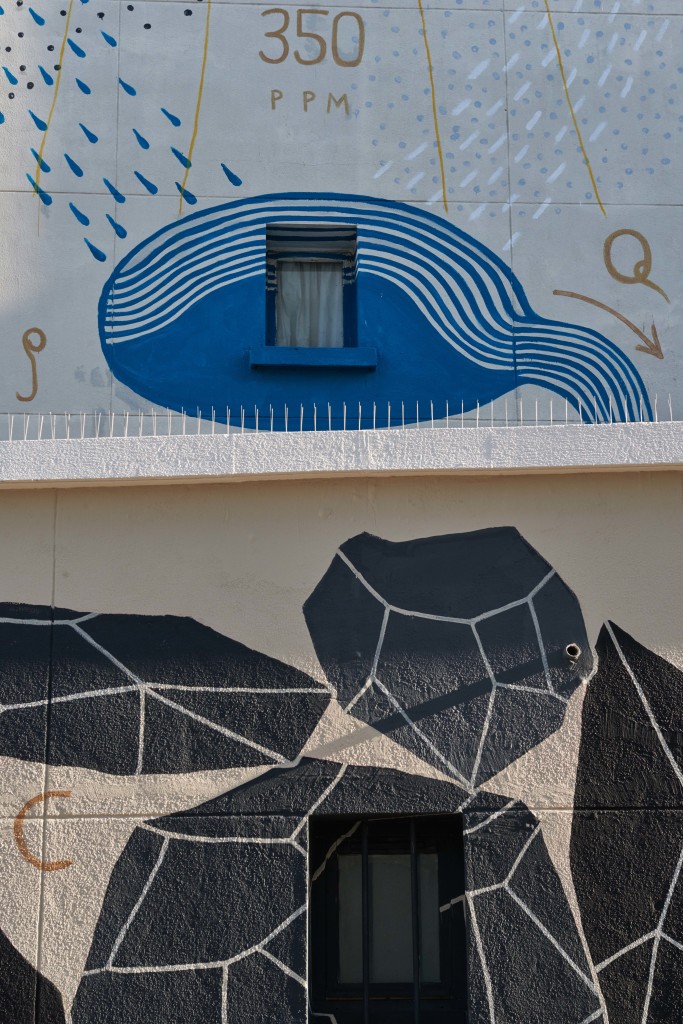 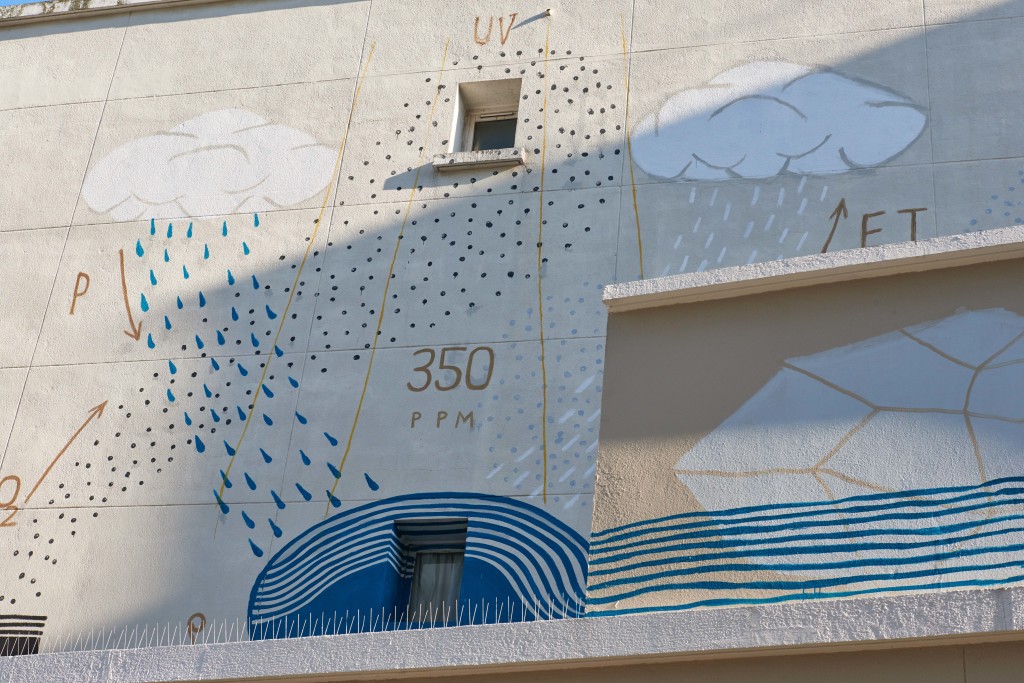 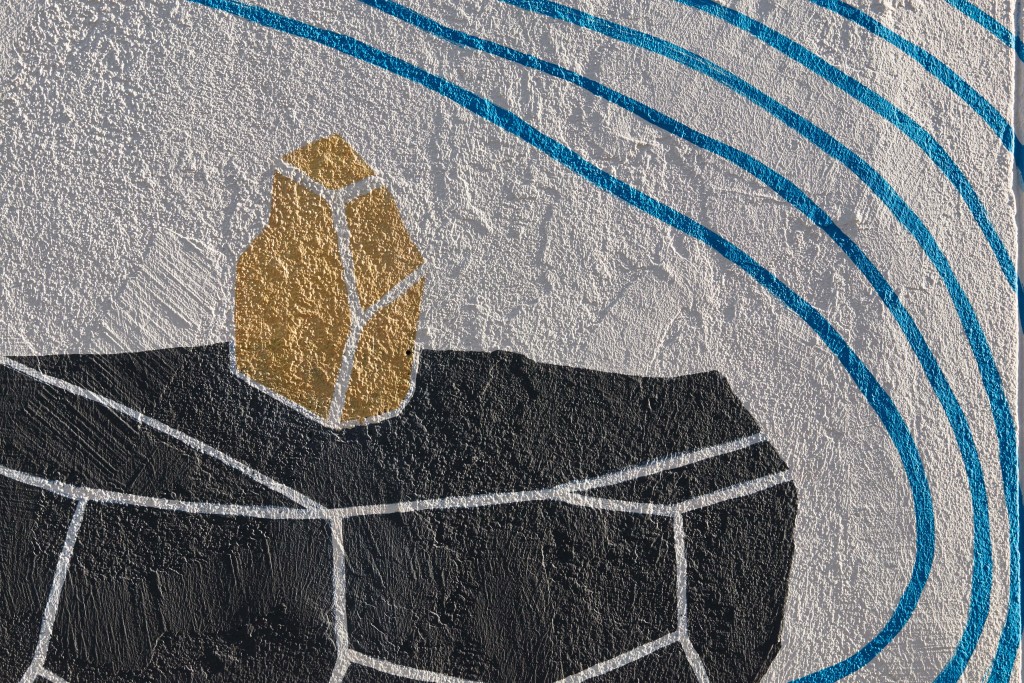 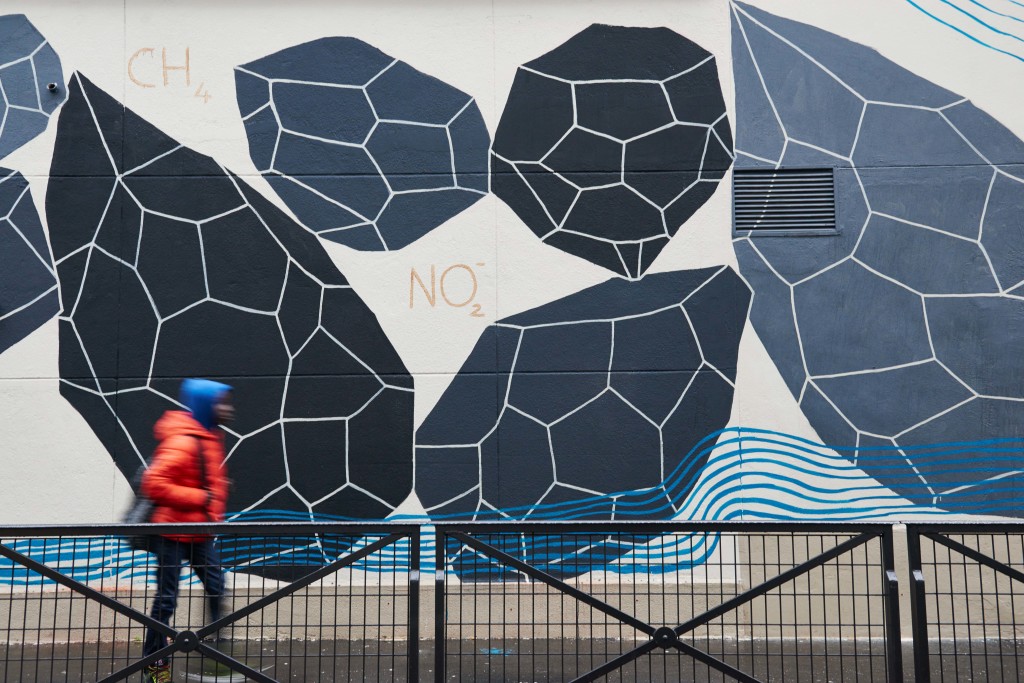 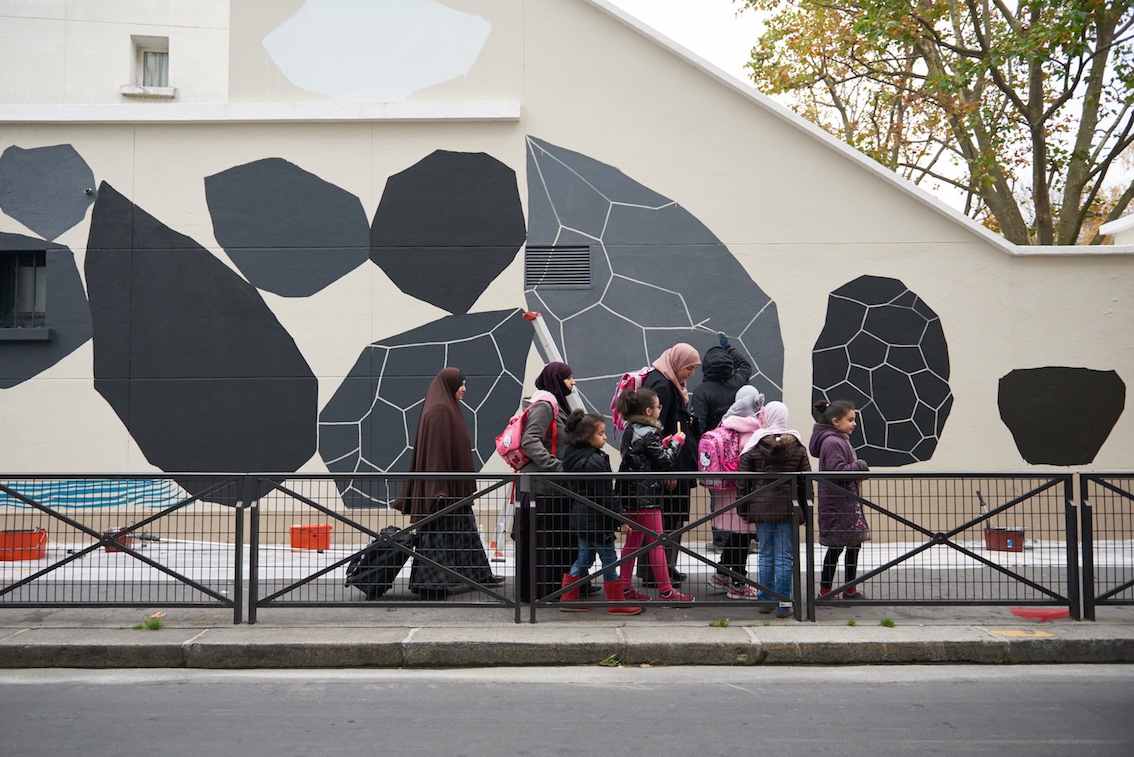 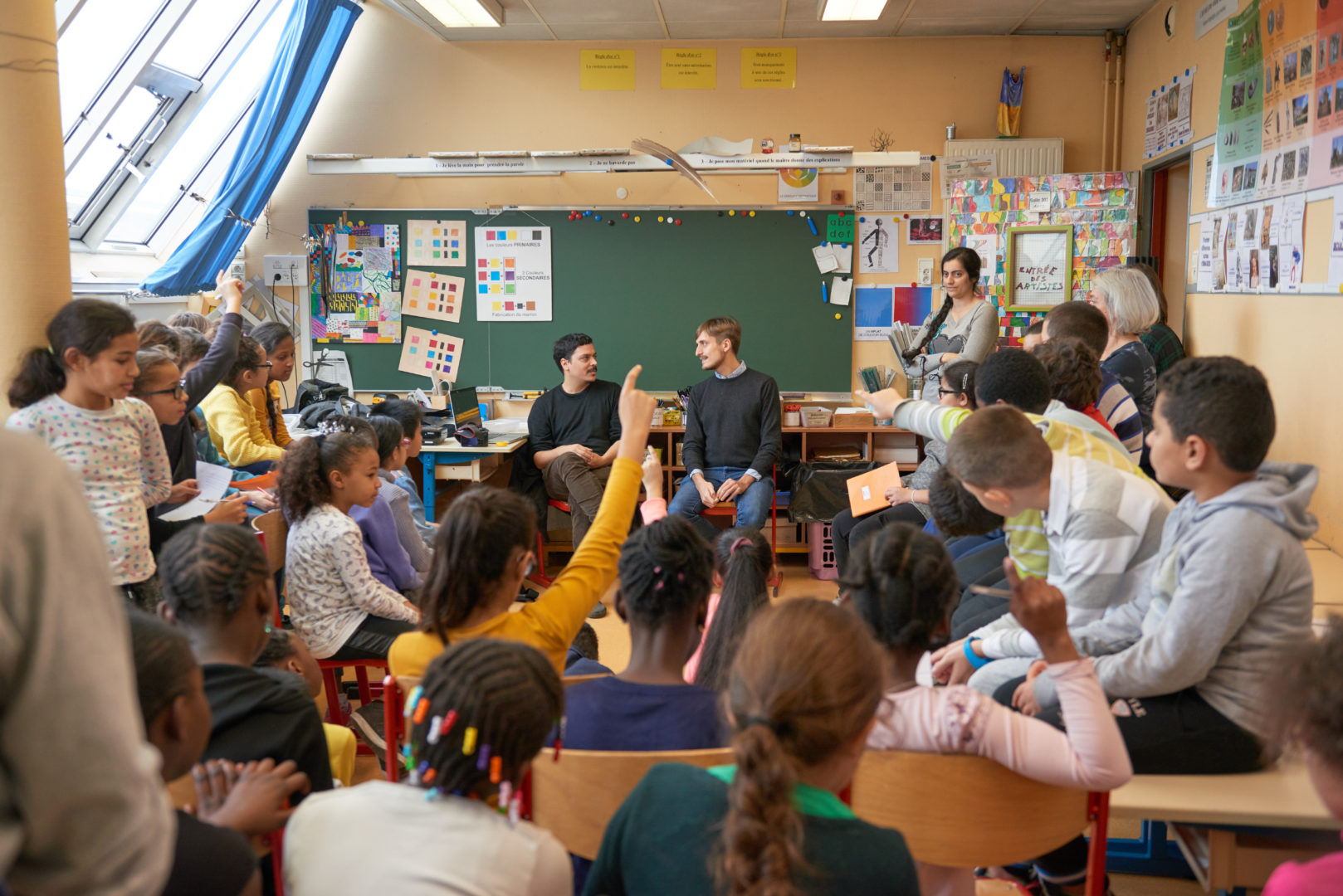 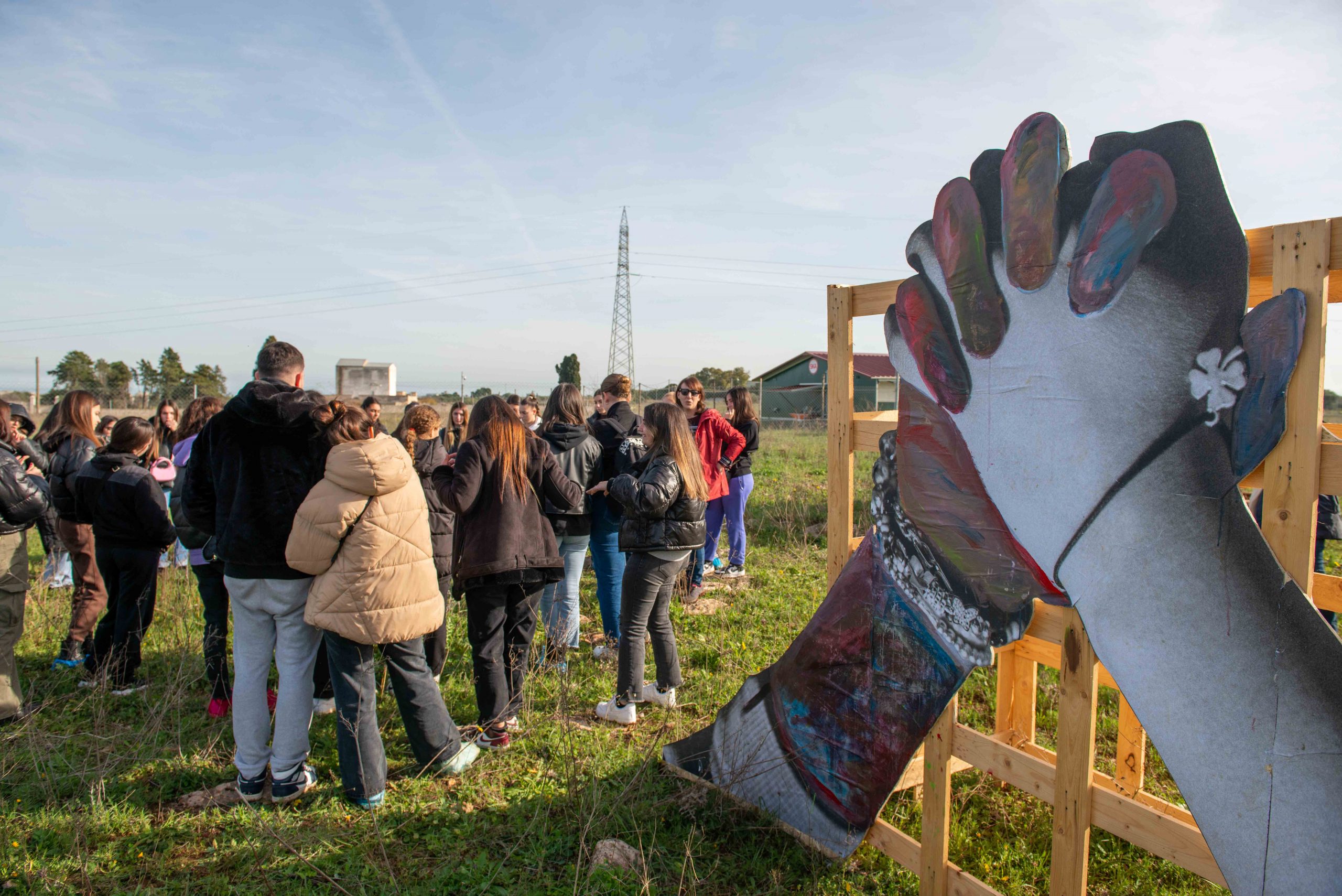 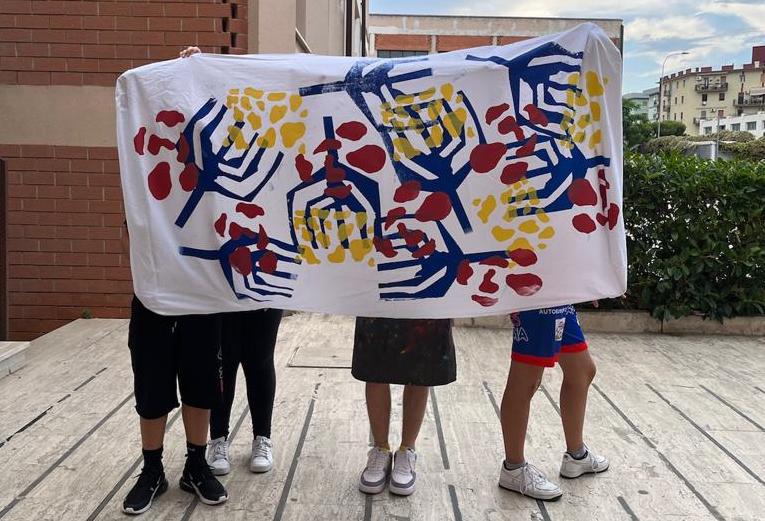 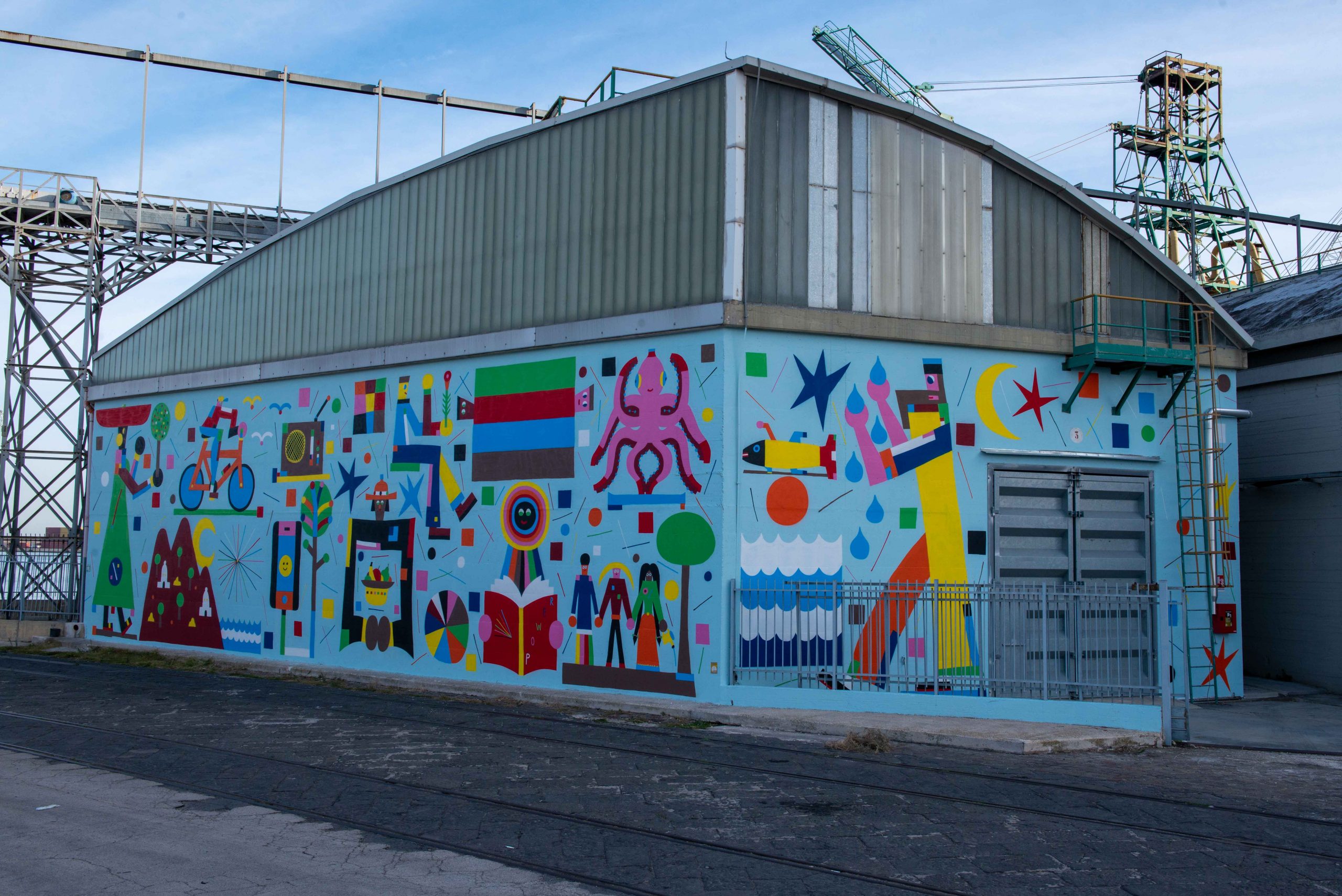 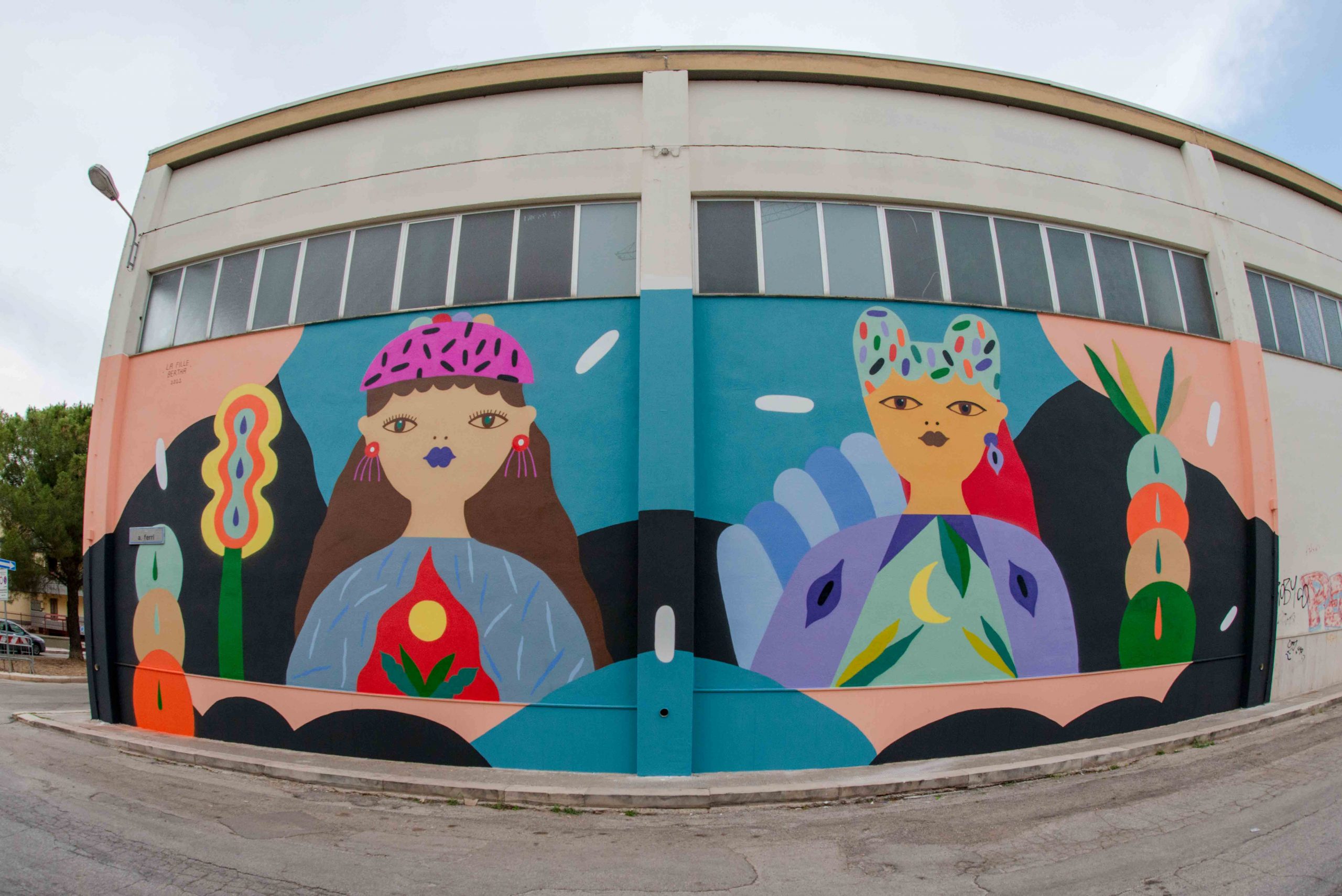 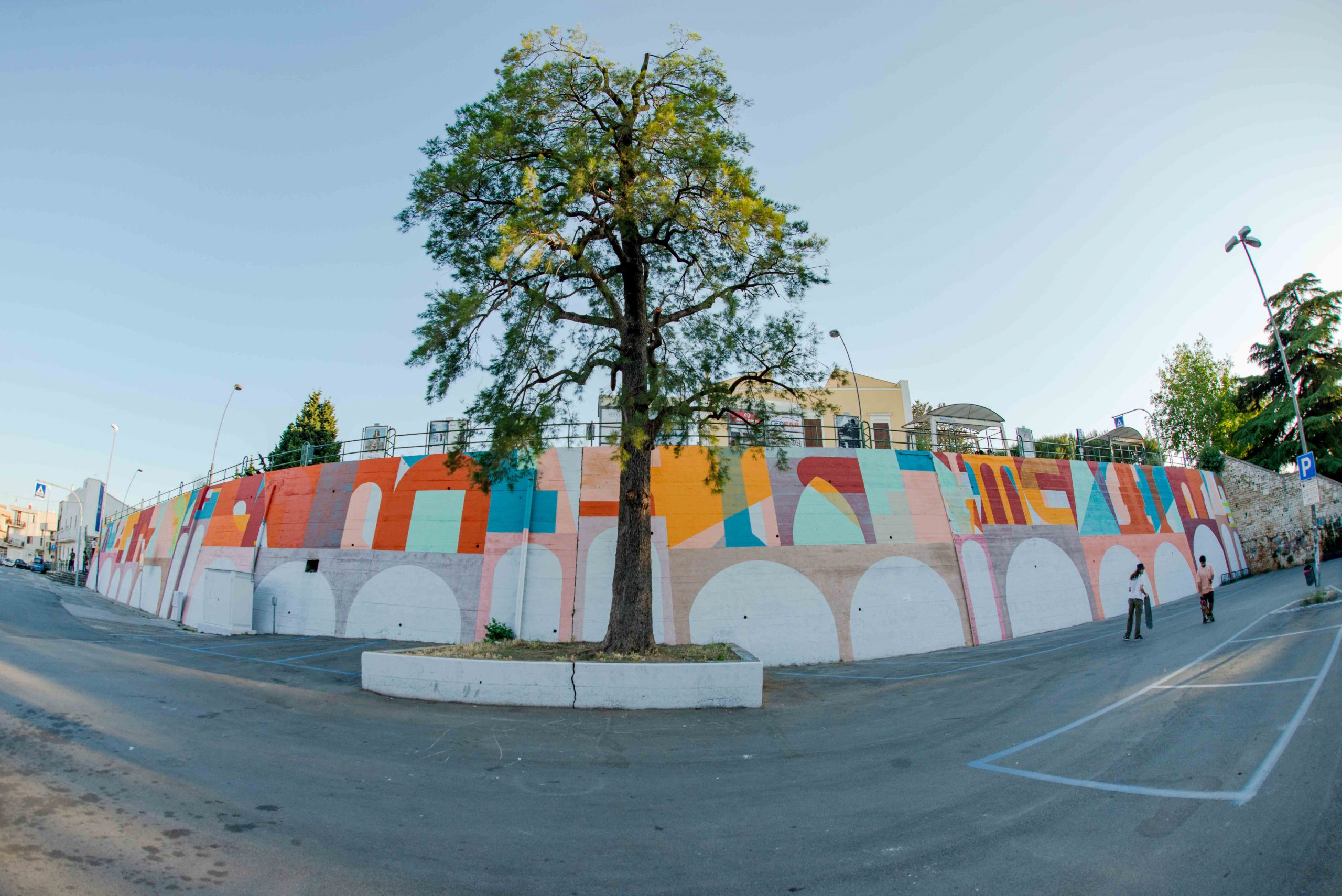 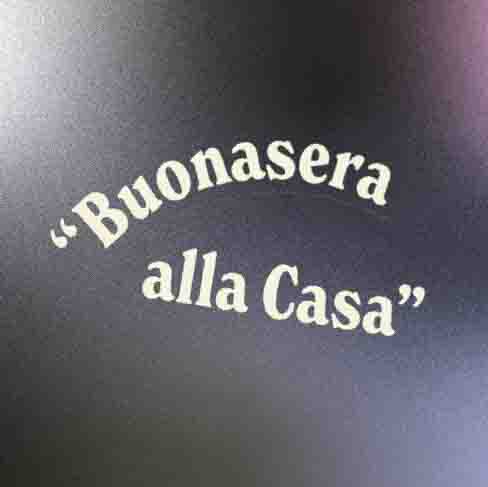